Voting for Via's next expansion zone

Early on in my career, in 2017, I was asked to help Via create a simple form by which people in New York City could vote for the next region Via should expand into. I used Leaflet and Mapbox to generate a map of NYC. GeoJSON files provided the borders for drawing out the expansion zones, and the form hooked into a Google Sheet that provided my client with the requested voting data. The New York Times wrote a little thing about the event, which was pretty cool. I would later go on to create similar web pages for Via's efforts in Washington D.C. and Chicago (demo sites for all links). 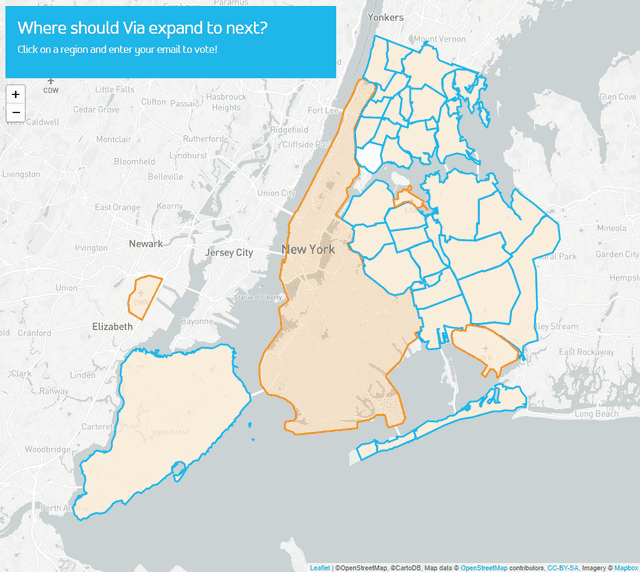